5 New Japanese Rhythm Games That You Will Love - Japan Code Supply
We recently changed our login system. If you had an account before 24th September 2020, please reset your password and get $3 off!

5 New Japanese Rhythm Games That You Will Love

Let’s be real, being stuck at home for a long time of period will drive you nuts. Many of us have been stuck for a month or so thanks to the current condition. The first few days are quite fun, but the boredom is just unbearable at this point. Time like this is actually perfect for trying something new, whether it’s cooking or a new type of game. That’s why we are here to bring you 5 new Japanese rhythm games that you will love!

Released on March 12th, Show by Rock!! Fes a Live is actually a successor of Show by Rock! that was released on July 30th, 2013. This game is Sanrio's first-ever franchise project aimed for older audiences. This new Japanese rhythm game was developed and released by Square Enix, so you don’t have to worry about the quality!

Ensemble Stars! (with one exclamation mark) was first released on May 1st, 2015. However, it was not a rhythm game. The game started s a multimedia project with an idol training game on the side. Due to its popularity, it got ‘updated’ on March 15th to Ensemble Stars!! Basic, where you focus on training them, and Ensemble Stars!! Music, the new Japanese rhythm game the fans are dying to have

Much like Ensemble Stars!, Hypnosis Mic also started as a multimedia project. But unlike the rest of the new Japanese rhythm games that we have on the list, Hypnosis Mic -Alternative Rap Battle- is a, you guessed it, rap battle. So no singing, just rapping. If you are curious about how it affects the gameplay, feel free to check this article!

Although the title is a bit mouthful, Project Sekai Colorful Stage looks promising. Not only the preview looks amazing, but it also brings a nostalgic feeling for Vocaloid fans. Aside from that, the setting for this rhythm game is also amazing. Unfortunately, the game pre-registration is delayed due to the current condition. While waiting for that, we have compiled 3 reasons why you have to play this new Japanese rhythm game and also summaries for the units to convince you that this game will worth the wait. 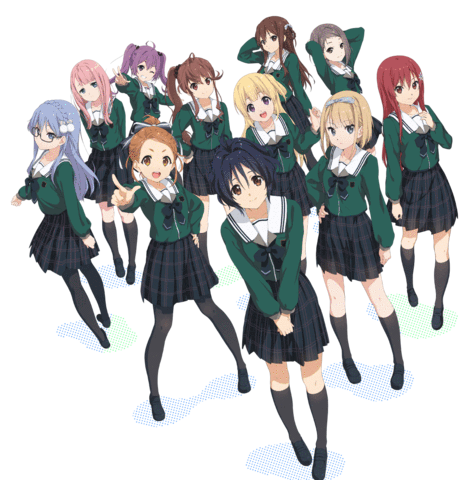 Just like Ensemble Stars! and Hypnosis Mic, 22/7 was also started as a multimedia project. The story for the new Japanese rhythm game will follow its anime, where we focus on eight highschool girls that received an invitation to form an idol group called 22/7. This Japanese Rhythm game has already opened their pre-registration; however, there is no exact release date just yet. If you are interested, make sure to read this article!

Those are our recommendations for the 5 new Japanese rhythm games that you will, probably, love. If you like it, then make sure to top up your iTunes at japancodesupply.com! If not, well at least you’ve tried!