Monogatari Series Watch Order to Enjoy Araragi Koyomi’s Story - Japan Code Supply
We recently changed our login system. If you had an account before 24th September 2020, please reset your password and get $3 off!

by Curtis L.
Play this song for a more immersive experience

Adapted from NISIOISIN’s light novel, Monogatari series tells the story of Araragi Koyomi, a third-year high school student who has almost restored his humanity after briefly becoming a vampire during spring break. Koyomi finds himself involved with girls afflicted by "oddities". He is helped by Meme Oshino, a strange middle-aged man who helped reverse his vampirism and later, from Shinobu, the once-powerful blonde vampire who attacked him and later assumed the appearance of an eight-year-old girl.

As of now, the series has 10 titles and 1 3-part movie. Many people got confused by the timeline of the story, but worry not! We’re here to guide you through on how to enjoy the story to the fullest. Without further ado, here’s the Monogatari series watch order. Nisemonogatari tells the story about Karen Bee and his sister, Tsukihi Phoenix. The story then leads to that scene. Yes, that scene that probably made you search for a Monogatari series watch order. The prequel story of the Tsubasa Family. Expanding the story from Bakemonogatari’s Tsubasa Cat, it explained the story behind Tsubasa Cat Suruga Kanbaru has reached her third year of high school, and all of her upperclassmen friends have graduated. This tells the story of Suruga Devil. The story is set a month before Koyomi Araragi's college exam. He notices he doesn't have a reflection in the mirror. In fear of turning back into a vampire, he gets in contact with Yozuru Kagenui and Ononoki Yotsugi for help. Koyomi Araragi is introduced to Ougi Oshino who requests him to help her with a mystery regarding a certain room in the school. This eventually leads to him remembering an important person from his past. Koyomimonogatari is a collection of 12 short stories that take place throughout the series timeline from the beginning of Koyomi Araragi's third year as a high schooler to the day of his college exams. Kizumonogatari tells the story of Koyomi Araragi's spring break and his first encounter with a vampire oddity named Kiss-shot Acerola-Orion Heart-under-blade. Even though it’s the prequel to Bakemonogatari which is the first on the Monogatari series watch order, it shouldn’t be watched first since you will miss a lot of contexts. 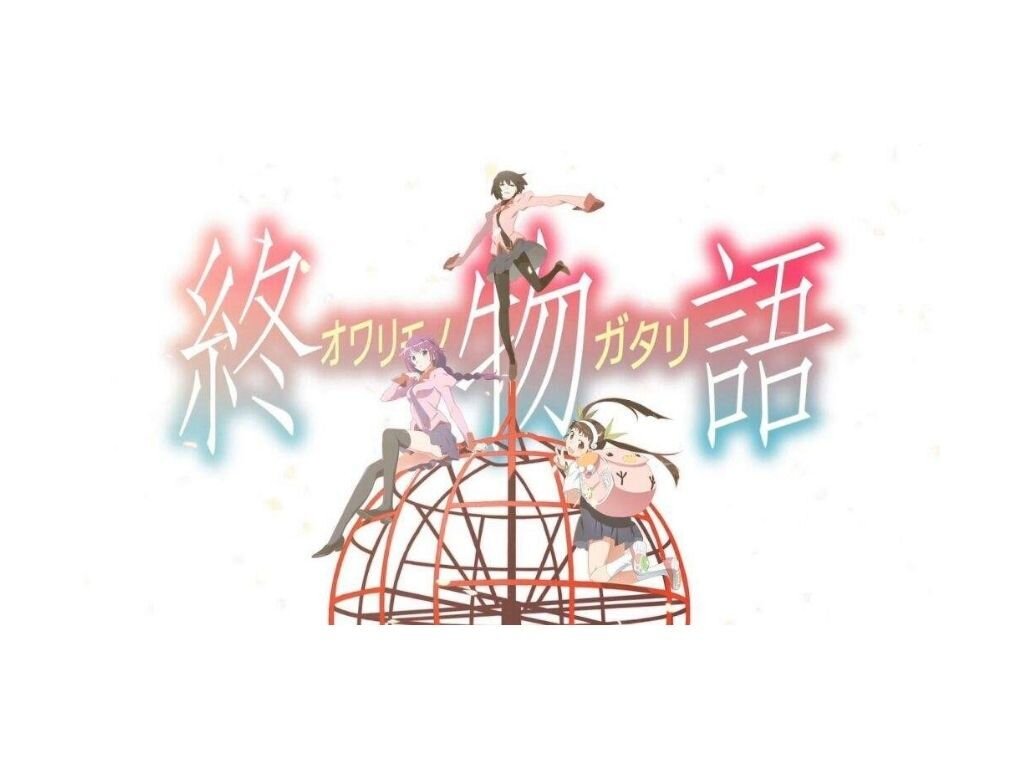 Story of the Hitagi Rendezvous, Ougi Dark stories, and the Arargi Koyomi story, including other stories that might spoil the storyline. The last entry on the Monogatari series watch order was initially released as a movie, but instead will be screened as a 6 episode in 2019.

That’s it for the Monogatari series watch order! While the timeline skips and jumps a lot it gets kinda confusing, but the writer intends it to be that way. You will gather the puzzle piece by piece and put the puzzle together and become a great picture that is the Monogatari Series.