You’ve seen a glimpse of their power in the Mugen Train movie, but did you know that the demon you’ve met is one of Kibutsuji Muzan’s top 6 underlings? He is part of Twelve Kizuki Upper Moon, the elites of Muzan’s demon organization and they are a force to be reckoned with. Anime-only fans might be wondering, who else is up there on the highest rankings of the Demon world? Without further ado, let’s meet the rest of the Twelve Kizuki Upper Moon! 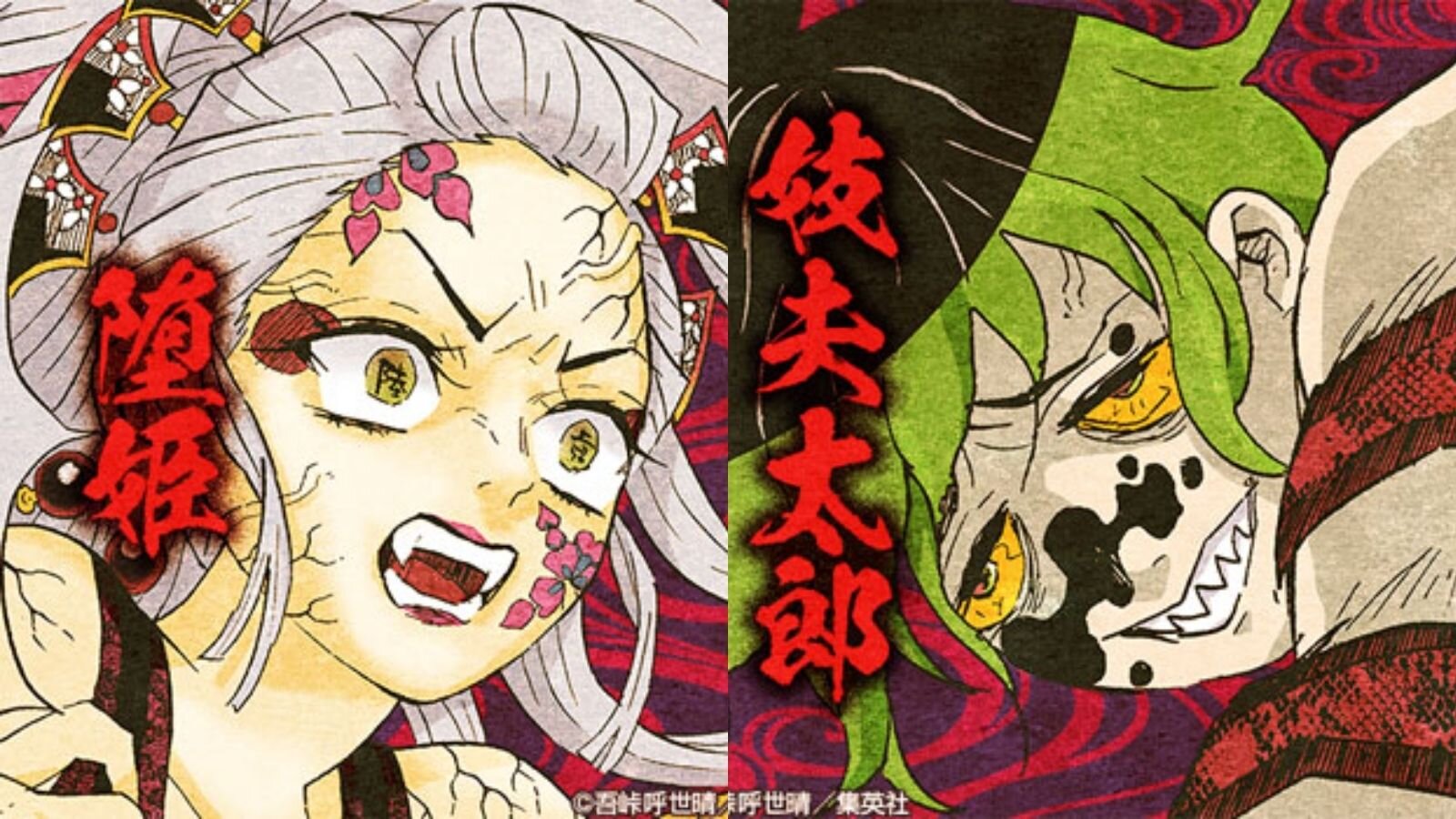 This sibling-duo is the (former) rank 6th of Twelve Kizuki Upper Moon and the primary antagonists of Demon Slayer’s Red Light District Arc. While Gyutaro can manipulate his blood into anything he wants, his sister (Daki) can control the sashes she wears as a courtesan. As an unstoppable duo, they became a formidable enemy to Tanjiro and Tengen! 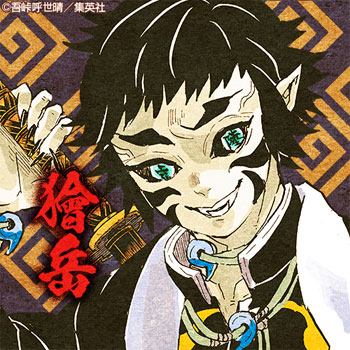 Kaigaku is the new rank 6th of Twelve Kizuki Upper Moon after the (SPOILER) defeat of Daki and Gyutaro. He was once a Demon Slayer and a disciple of the previous Thunder Hashira. Kaigaku’s battle with his junior, Zenitsu, is the turning point for our dearest Thunder Breath user as he finds a way to restore their master’s honor after Kaigaku’s betrayal. 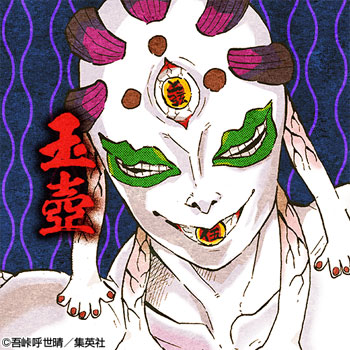 Next up is the secondary antagonist of Swordsmith Village Arc and the 5th rank of Twelve Kizuki Upper Moon, Gyokko. His power lies in his ability to manipulate pots and water elements. As a demon, he was considered powerful enough to attack the Swordsmith Village, but sadly, (SPOILER) he met his ends at the hands of the genius Muichiro. 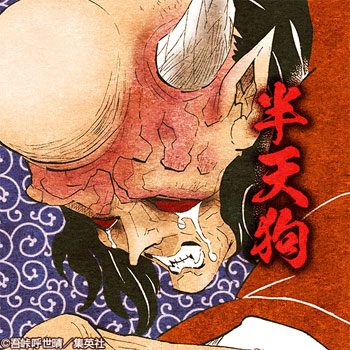 Despite his appearance that resembles a frail man, Hantengu was actually the former rank 4th of Twelve Kizuki Upper Moon and the primary antagonist of Swordsmith Village Arc. His 7 manifestations of emotions (Sekido, Karaku, Aizetsu, Urogi, Zohakuten, Urami, and Hantengu) were able to overwhelm Tanjiro, Nezuko, Genya, and Mitsuri in a fight! 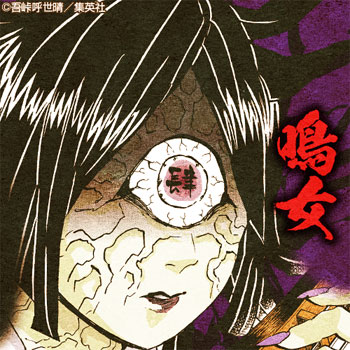 Nakime was once an unranked demon who was tasked to summon Muzan’s underlings to the Infinity Castle. After Hantengu’s death, she took on the role of becoming rank 4th of Twelve Kizuki Upper Moon. She was known as the mysterious biwa player who creates portals to manipulate space within Muzan’s castle. 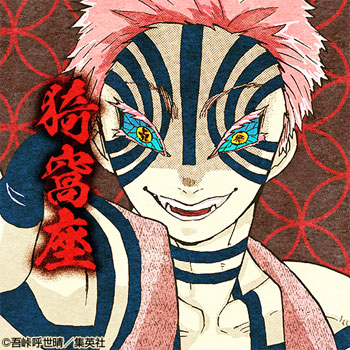 Do you remember the mysterious demon who shows up at the end of Mugen Train Arc? His name is Akaza and he’s the rank 3rd of the Twelve Kizuki Upper Moon. He was obsessed with power and constantly sought strong Demon Slayers to fight with. Akaza's fighting style is very unique since he uses no weapons and prefers to fight bare-handed. 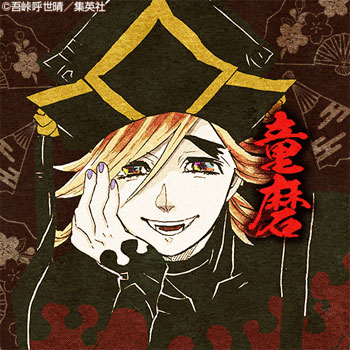 Don’t be fooled by this demon’s seemingly friendly nature, because he’s actually a psychopath who feels no emotions. Doma is the rank 2nd of the Twelve Kizuki Upper Moon and was once a leader of a cult. He fights with dual Japanese War fans and manipulates ice. His past sins are the key to Inosuke and Shinobu’s past. 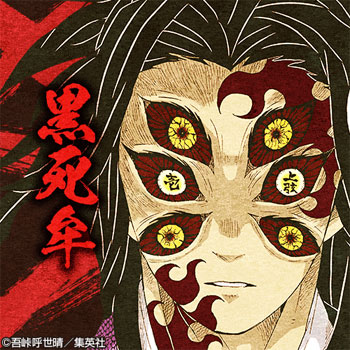 And finally, the strongest among all of the Twelve Kizuki Upper Moon, rank 1st Kokushikubo. He was the (SPOILER) older twin brother of the first Demon Slayer, Tsugikuni Yoriichi. He’s known as the only user of the Moon Breath (the opposite of Yoriichi’s Sun Breath). In the final fight, he was able to defeat 2 Hashiras at once and fight 2 others simultaneously.

There you go, our introduction of the 6 members of Twelve Kizuki Upper Moon. So do you think our protagonists and the rest of the Demon Slayer Corps defeat them? A word of advice, you might want to remember them when the battles come because (SPOILER!) each member plays a crucial role in the mysterious past and future growth of your favorite characters!