Eiyuden Chronicle, Something Suikoden Fans Must Know! - Japan Code Supply
We recently changed our login system. If you had an account before 24th September 2020, please reset your password and get $3 off!

Remember back in the mid 90’s where everything is a lot less problematic? In 1995 Konami managed to release one of their most well-known series, Suikoden. If you start gaming quite early, you’ve likely heard about Suikoden. The amazing series that are so amazing but were left behind by Konami with no definite reason. The appeal of Suikoden lies in the fact that you can gather so many extra characters that you can then use in battle. Most RPG games only have up to 8 characters that you will collect along the way due to the story nature. The first Suikoden bump the number to 100+ characters! So yes, you can finish the game yet not having the complete playable characters. Anyway, let’s not dwell in the past! If you love Suikoden, you might have heard about Eiyuden Chronicle, something Suikoden fans must know!

During an interview, Rabbit and Bear mentioned that, Eiyuden Chronicle is meant to be grounded in strong JRPG roots, while adding modern gameplay and hybrid visuals. Since the deep and enriching story will be an important part of the experience, the game will use a standard linear plot. However, they want the player to go off the road a little, just like when you are on a journey that can lead to many directions. Tho it seems rather familiar with Suikoden, everything, from the world building to the characters and enemies, will be completely different. 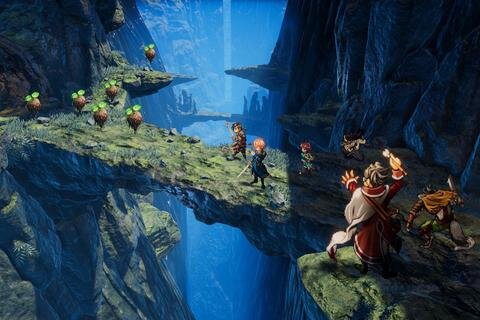 Since Rabbit and Bear studio wanted to have freedom while working with Eiyuden Chronicle, they decided to go crowdfunding on Kickstarter instead. That way, they will be able to remove as many strings as possible as Kickstarter means that they would not have to go through game publishers who have a lot to say for every decision they make. Eiyuden Chronicle is targeted to be released on PC by fall 2022, but they are considering console release as well. Unfortunately, that will likely be a stretch goal for their Kickstarter campaign.

If you love Suikoden and just want to see it’s spiritual successor, we highly recommend you to support them on Kickstarter. Do remember that their Kickstarter campaign for Eiyuden Chronicle will only last until August 28th, 2020. So make sure that you give them a helping hand! Since their Kickstarter is set in Japan, make sure you follow these steps here to find out how. After all, when else can you take part in something this amazing and nostalgic?