Check Out Adorable Female Characters in "Mont daughter - Rem" on iTunes Japan Store! - Japan Code Supply
We recently changed our login system. If you had an account before 24th September 2020, please reset your password and get $3 off!

Hey guys, Nick here bringing you more unique and exciting game reviews from the Japan Apple iTunes App Store! Today, I am bringing you a review of the title, モン娘は～れむ, or roughly translated as Mont daughter - Rem, developed and published by FURYU CORP. I found this game to be an adorable take on an all-female JRPG, that possibly many of you may well enjoy! Let's check it out! The game has a fairly deep story line that involves all of the gorgeous women fighting together towards a cause. They are paired together to save the realm and it's up to you to navigate these waters and figure out how to best do so, through epic battles! Battle is set up in the traditional, turn-based JRPG fashion where each character gets a turn to take an attack on whatever you may be fighting. However, be aware that the enemy will have their turn to attack, as well, so prepare wisely! 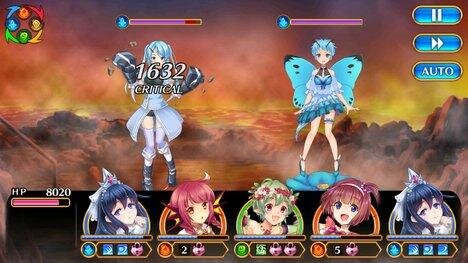 If you do not feel like choosing the individual attacks you can also set the battles to "auto" which will automatically do the fights for you and show you the results. It's a good feature when you are in a bit of a rush! I especially enjoyed the adorable style of all of the female characters! What do you guys think, would you play this game based on its aesthetics? 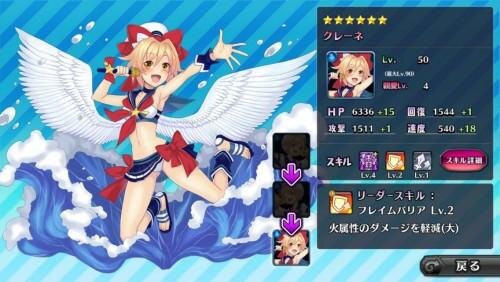 The game also holds a trading card game feel to it as well, as you do end up collecting and upgrading character cards, which are the playable characters in your party. Through battle and experience gained you can power them up to become even stronger than they originally were, as well as do special gachas to get bonus characters. I highly suggest trying the gachas for the best character cards!

Above, I've included a little promotional video of the game to give you some insight on the story and game without giving too much away. As you may have expected, モン娘は～れむ, or roughly translated as Mont daughter - Rem, developed and published by FURYU CORP. is available exclusively on the Japan Apple iTunes App Store! It is free to download but does offer some in-game purchases so be sure to stock up those iTunes Gift Cards!

At JapanCodeSupply, we are the premiere provider of Japan iTunes Gift Cards so that you can enjoy amazing content like this, plus much, much more.