Hey guys, Nick here bringing you more unique and exciting game reviews from the Japan mobile gaming market. Today, I am reviewing a very interesting puzzle title called, 【18】 キミト ツナガル パズル（エイティーン）, or roughly translated as "Kimito Lead Puzzle 18"  developed and published by Mobcast Inc. This game is one of the top-grossing downloads in the game section of the Japan Apple iTunes App Store! Let's check it out! The main character in the story is named Diver and he seems to be in a puzzle world which is trapped between reality and fantasy with no way to escape. Much like an Alice and Wonderland spin-off! The  really liked how the RPG elements of the game keep you pulled in with battle and story without it being too heavy, while also providing amazing puzzle gameplay. 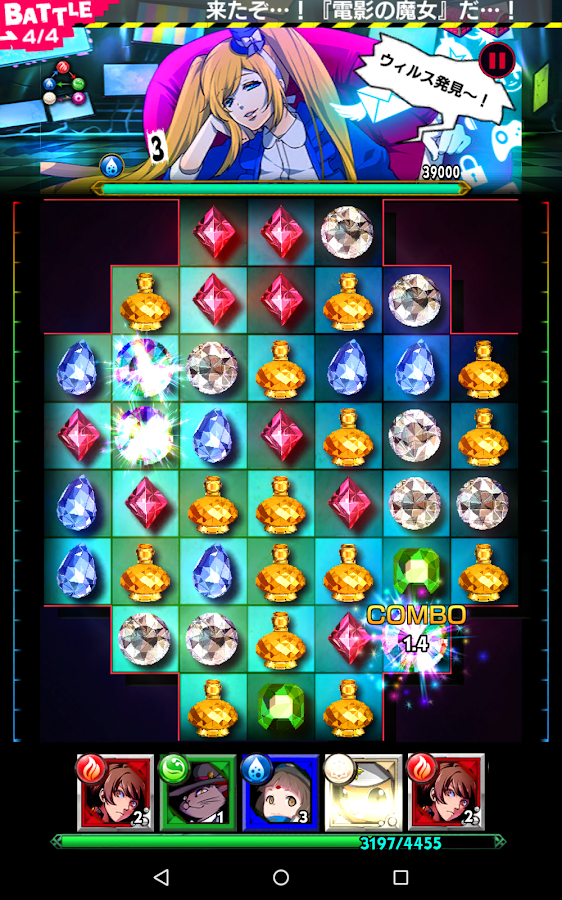 As you enter your first puzzle you use swiping gestures to make powerful point combos. Through this you are actually firing off attacks for your character against monsters. The fun part is the more combos you make the more you will win large-scale battles. These battles can take a while to get used to, as it is laid out like an RPG but also it's a puzzle game. Pretty cool, huh?

Above, I've linked a promo video to give you a closer look at the game. I enjoyed a lot of aspects of both the JRPG and the puzzles within the game and I think you guys really will too!

For those of you who have asked me before, I am able to play and download Japanese content on my iPhone because I have my own Japanese iTunes Account. Because you may not know how to do this, we have a guide to get you started!

At JapanCodeSupply, we work hard to provide you with the best rates on Japan iTunes Gift Cards so that you can enjoy amazing content like this game!