Enjoy Beautiful Goddesses in "Lost Crusade" only on the Japanese iTunes App Store! - Japan Code Supply
We recently changed our login system. If you had an account before 24th September 2020, please reset your password and get $3 off!

Enjoy Beautiful Goddesses in "Lost Crusade" only on the Japanese iTunes App Store!

Hey guys Nick here, bringing you more fun Japanese game reviews from my hands to yours! Remember, all of the games I play and review you can, too! A lot of you were asking about how, in fact, I do have access to the Japanese Apple iTunes App Store and can play Japanese games on my mobile device, and in the spirit of that we went ahead and created a guide for you on how to set up this same situation for yourself.

Today's title that I have played and enjoyed is called, ロストクルセイド ! or Lost Crusade, developed and published by D2C and Square Enix and available free to download and play on the Japan Apple iTunes App Store, now! I found this game to be gorgeous and fun. It's one part JRPG and another part dating simulation, brought to you by the same people who make exciting games like Final Fantasy. Let's check it out! The story is a gorgeous game in which there were many gods and goddess sealed in a fortress long ago, however the people from Earth released them and they have been scattered throughout the galaxy. Now it is your job to collect and gather them back from where they once where. These charming goddesses will be collectible, a bit like a trading card game but also there are unique battle element as well! 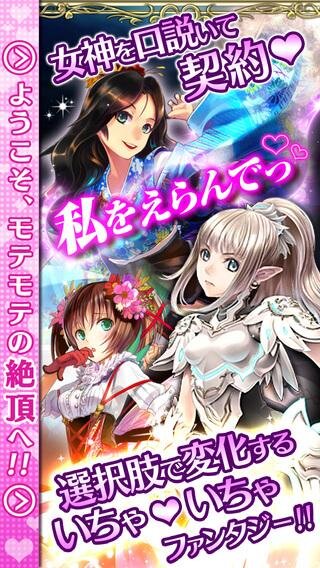 Aside from battling and collecting the beautiful goddesses you must win their favor because this is a dating sim, after all. Through means of gaining their attention by using them more often in the battle field, they will appreciate you and give you more exciting cut scenes after each battle. As I was playing, one of my goddesses started talking more dialogues after I had spent much time with her in battle, so make sure you choose wisely which you would like to keep as your regulars, and you won't be disappointed by the little tidbits they provide while playing.

Above, I've linked a preview video of how the game plays to give you a first-hand impression on the title. What do you guys think? I'd love to hear your opinions in the comment section, as always. As expected, ロストクルセイド ! or Lost Crusade, developed and published by D2C and Square Enix and available free to download and play on the Japan Apple iTunes App Store, now! I hope you guys give the game a bit of a chance, because I found it to be a really gorgeous and unique game revolving around these super cool goddesses!

At JapanCodeSupply, we work hard to bring you the best rates in Japan Gift Cards so you can enjoy amazing content like this!