グリモア~私立グリモワール魔法学園 ”Private Grimoire Magic School" iOS Review. - Japan Code Supply
We recently changed our login system. If you had an account before 24th September 2020, please reset your password and get $3 off!

Today I am bringing you a pretty cool review on a JRPG game that seems like it has a very involved animated story and background. It is グリモア~私立グリモワール魔法学園 ”Private Grimoire Magic School", developed and published by APPLIBOT. I enjoyed this title a lot because it was a school-setting game where each character has different magical powers. Something like, Hogwarts in Japan! Let's check it out! 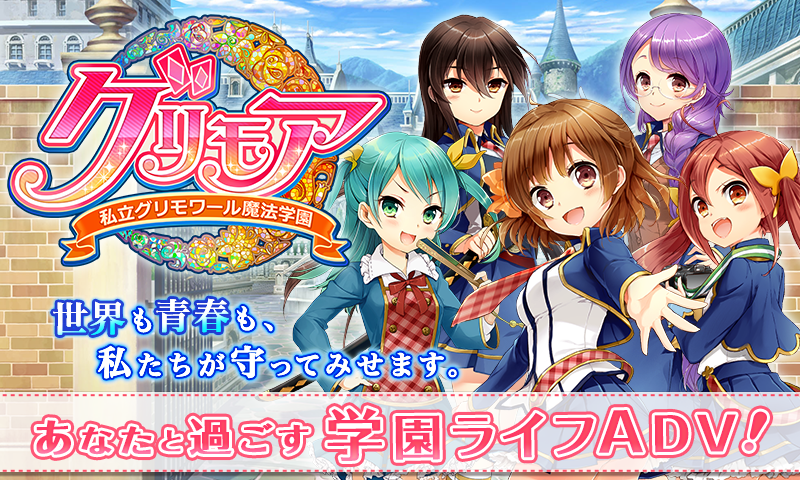 This game has a very bishoujo (beautiful girl) anime genre theme to it. You're given 5 or so girls who have different magical powers who are training in the Grimoire Academy of Magics. I'm not quite sure what type of audience this is aimed towards but I do see a lot of skimpy outfits, so I am going to assume Japanese males. You basically are thrust into the game and given a myriad of school girls from which you will build your party, in order to fight evil and chaos surrounding the school and the world beyond. Check out this short clip which encompasses each character's persona, below.

Super adorable, huh? I thought so too. The opening scene really grabbed me where there is a headmaster or storyteller rabbit who is ever-so cute! He guides you through the game. The battle process of the game is fairly simple and leans on the same standards as most JRPGs so you won't have too much trouble grasping it, especially if you frequent the Japan Apple iTunes App Store games. I found it to be a very beautiful game, but not much different from other stuff we have seen before. Take a look at the video below if you'd like to get a glimpse of the game's opening trailer!

グリモア~私立グリモワール魔法学園 ”Private Grimoire Magic School", developed and published by APPLIBOT is available exclusively on the Japan iTunes Store. If you like anime-school girl type games with magic than this is definitely the game for you. It is a little bit of advanced Japanese, but if you are learning the language, the audio voice-overs should prove useful in comprehension and will aid in your advancement of the whimsical story. If you don't have a Japanese Apple ID, we have some information on how you can quickly grab one, over here. Don't forget, JapanCodeSupply is the number one provider of Japan iTunes Gift Cards and you can pick them up in any amount at your convenience!