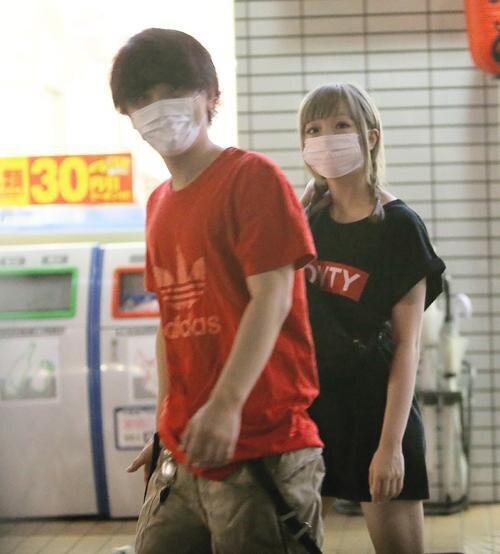 ﻿#1 ﻿世界の終わり(Sekai No Owari)'s vocalist Satoshi Fukase and Kyary Pamyu Pamyu have been dating for a little over a year now (at least as seen by the public).

They are pretty much one of the most adorable celebrity couples.  They also share the same PV (music video) director.  You can see some of the resemblances in style and cinematography:

My other favorite celebrity couple: 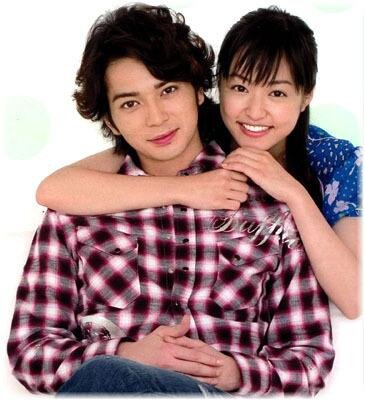 Mao Inoue, who recently starred in the Snow White Murder Mystery, and Matsu-Jun from Arashi co-starred in Hana Yori Dango (2005) and have been dating since.

Hana Yori Dango, Boys Over Flowers, is a Japanese classic.  The title comes from an old saying in Japan, meaning "Dango (snacks) over Flowers (beauty)".  A "normal" girl enrolls at a super elite private high school and falls prey to the Japanese caste system (if ever there was one).

You can find the original Hana Yori Dango manga on iTunes Japan books. 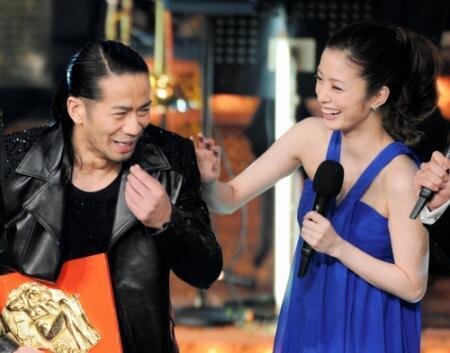 上戸 彩 (Ueto Aya) and EXILE's retired leader, HIRO are so freaking cute.  There's quite an age difference (27 and 41 when they got married 2 years ago) between the two, but Aya is so pretty and Hiro has a shining personality on TV.  Who knows what they're like in real life, I mean, there are some dark rumors on the internet but EXILE is legendary in Japan- actually, EXILE is almost a cult.

EXILE tribe is the name of bands who have been "raised" by EXILE.  These generations of EXILE-esque boy bands and dancing bands, include E-girls and 三代目 J Soul Brothers

We'll see how long the couples above will last though.  We don't want another Aoi Miyazaki and Sosuke Takaoka.