I love the end of the year, because all the regrets come pouring and gushing out of people about the past year.

I think that the few people who have been reading my blog(s) can get behind the fact that I WASTE A LOT OF TIME ON THE INTERNET.  That's okay though, because it's a right of passage for being fresh out of college, continuing to pretend that I'm in college, and acting like I'm still in college.

Names in Japan have gone through some sort of bizarre revolution in the past decade. Dubbed as "kira kira names", or "sparkly names", the recent mothers and fathers of the next generation in Japan have been drinking bad water or something.  I find the names repulsive, and I snicker when meeting new people with odd characters assigned to them.  However, the recent list of bad 2014 names really brings my terrible palette for bad taste up a few notches. 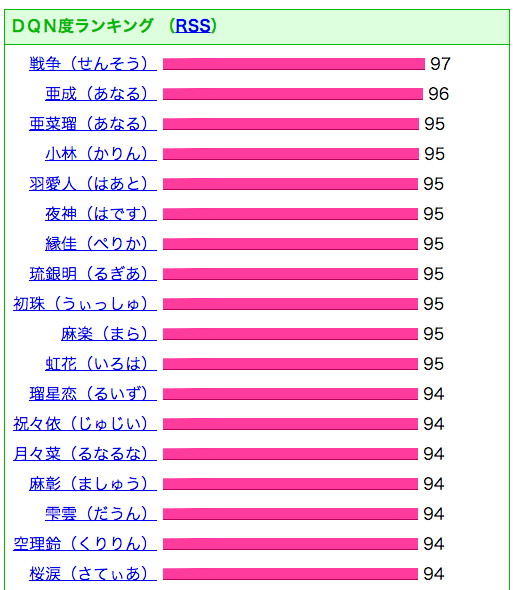 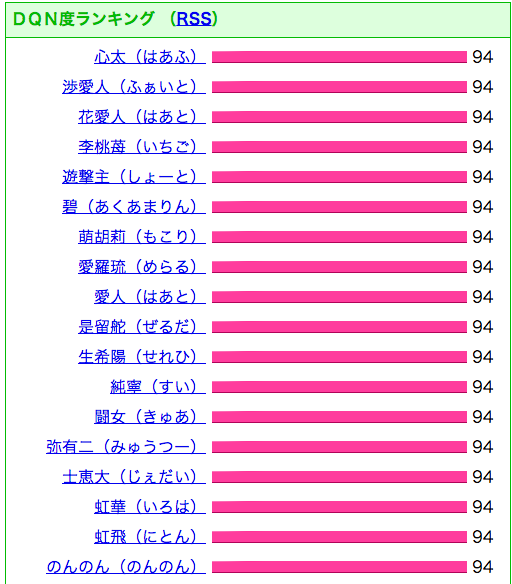 Karin- this one isn't too bad, I think it's the characters that make it really silly looking though

Hadesu- I have no idea what this name means

Mara- This one just sounds so weird in Japanese

Iroha- The old alphabet...great.  Essentially, someone named their child ABC

Haafu- Half.  Call someone less than whole.

Faito- Fight.  Uh-huh.  This kid will get beat up for the rest of his life.  God forbid it's a girl's name

Ichigo- "Strawberry" in Japanese.  I mean, Chris Martin and Gwyneth had a baby named "Apple"

Akua Marin- Someone was named Aquamarine.  And the character doesn't read as Aquamarine.  This person, girl or boy, is doomed for an arranged marriage

Serehi- I have no idea

Sui- Hmmm. Interesting.  Not very Japanese, but it's not the worst of these, by any means

Kyua- Okay, so some heartless parents decided to name their daughter Cure.  How much do you have to punish another human being for being an oops baby?

Mew Two- ...I hate Pokemon with a burning passion

Jedi- I hate Star Wars too, while I'm at the I hate Pokemon spree

Non non- I can only assume that the parents are a fan of the girly magazine Non-No?  I really don't know.

I don't know.  The naming ability of a person shouldn't gauge how good their parenting skills will be, but this is just awful.  I don't know what I'd do if my sister or brother or friends told me that they were naming their child "X" and "X" was from the list above.  I'd probably cut all ties with them, and depending on how good a friend I am, intervene.  Maybe these babies' parents have no friends.