A well-rewarded #1 in the Japanese iTunes Charts- シェネル

“Happiness" is ranked #1 right now in the iTunes music charts.  Artist シェネル(Che’Nelle) was born in Australia to a Chinese father and a mother of Indian and Dutch descent.  She’s currently an L.A. based R & B singer. 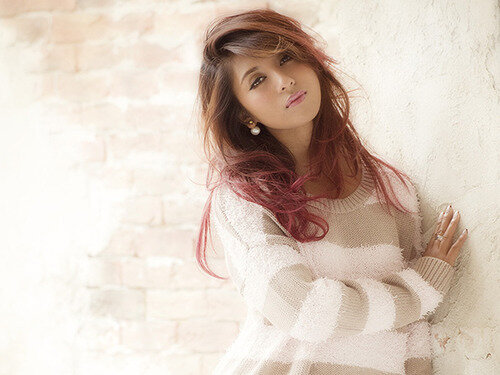 What’s interesting about Che’Nelle is that she had a very short stunt with Capitol Records after her small flame of internet celebrity in 2005, via Myspace.  She even toured with Kanye West in Australia during his 2006 tour.

She’s kind of a backwards MACO, where she did an English cover of 久保田利伸's “Missing”.  Her cover album, “Love Songs” was released in 2011 in Japan, to give her better ground as an artist in the land of the rising sun. Despite all of this, the cynic in me kills me.  There’s a lot going against Che’Nelle in the Japanese market: first of all, she’s old.  Well no, she’s not “old,” but she was born in 1983.  Her shelf life is not the best, if you know what I mean.  The other thing is, she’s now based in Los Angeles.  Why?  Because she only speaks English, Chinese, and Malay. I’m using the word “only” very liberally here.  She can sing in Japanese, but she can’t do interviews and she can’t go on the game shows (BUMMER).  There’s always hope though, for polyglots.  She can pick it up quickly, if she wanted to.  Finally, she married a back-up dancer.  So I’m gonna revert to that shelf life thing.